This listing was posted on Americanlisted. 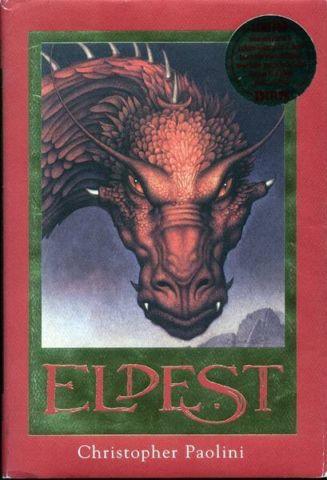 Tools
Price:
$5
Location:
Frankfort, IL
Description:
Hard Cover with dust jacket; Eldest by Christopher Paolini in the "Limited Edition". VG to Excellent condition. This is the second book in the " Inheritance Trilogy".SynopsisA sensational avalanche of shifting political alliances, unexpected bombshells, and intense relationships races through this gripping, fast-paced sequel to the phenomenal bestseller ERAGON (which was written when Christopher Paolini was just a teenager). The Varden's struggle to end the reign of the villainous King Galbatorix continues as they and their numerous allies prepare to fight the Empire for control of Alagaesia. Still reeling from the intense battle of Farthen Dur, the young Rider, Eragon, and his shimmering blue dragon companion, Saphira, must continue their training in magic with the elves in the great city of Ellesmera. There, amidst the enchanted forest, the two are privy to an incredible secret that will aid in their growth as warriors and leaders. In the meantime, Eragon's hometown of Carvahall is under siege, with Galbatorix's soldiers and the dreaded Ra'zac pursuing his cousin, Roran, who is forced to decide between taking the easy path of cowardice and the difficult road to heroism. A whirling cauldron of intrigue, combining themes of personal and political power, coming-of-age drama, and family bonds, bubble at the heart of this intense, captivating story of good versus evil.Key DetailsAuthor: Christopher PaoliniLanguage: EnglishSeries: InheritanceFormat: HardcoverISBN-10: 037582670XISBN-13: 9780375826702SizeLength: 681 pagesThickness: 2 inWeight: 36 ozPublisher's NoteDarkness falls. . .despair abounds. . .evil reigns. . .Eragon and his dragon, Saphira, have just saved the rebel state from destruction by the mighty forces of King Galbatorix, cruel ruler of the Empire. Now Eragon must travel to Ellesmera, land of the elves, for further training in the skills of the Dragon Rider: magic and swordsmanship. Soon he is on the journey of a lifetime, his eyes open to awe-inspring new places and people, his days filled with fresh adventure. But chaos and betrayal plague him at every turn, and nothing is what it seems. Before long, Eragon doesn't know whom he can trust.Meanwhile, his cousin Roran must fight a new battle--one that might put Eragon in even graver danger.Will the king's dark hand strangle all resistance? Eragon may not escape with even his life. . . .I also list on a site called Bonanza, Bonanza allows anyone to view all the items I have listed in one place. If interested check out my other items at bonanza.com/booths/snellspeakers
Category:
Books & Magazines
Posted:
November 28 2018 on Americanlisted
Tools

To learn more, visit the Safety Center or click here to report this listing.